Buying in Emerging vs. Well-Established Neighbourhoods 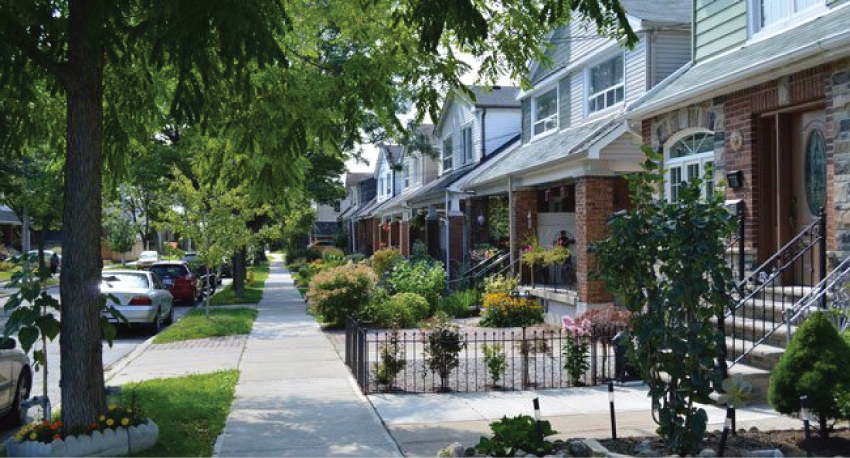 Buying a new home, especially in Toronto and the GTA, can be an expensive process. We work with many potential homebuyers who are interested in seeing homes in up-and-coming parts of town in order to keep costs down.

But is it worth it to explore homes for sale in emerging neighbourhoods? What are the pay-offs of buying outside of well-established areas? What are the tell-tale signs to spot the difference between the two?

How To Spot An Emerging Neighbourhood

Finding the latest up-and-coming area can be tough since you’re looking for something that is only being hinted at. But if you’re interested in buying your next home in an emerging part of Toronto or the GTA, there are a few telltale signs you can look for.

Typically, you can find emerging neighbourhoods near already established ones. When more established parts of town get too expensive those looking to live in the area will move to nearby neighbourhoods instead due to higher availability and lower costs.

The makeup of an area’s commercial strip is also a good indicator, as up-and-coming neighbourhoods will typically have smaller, family-owned businesses as well as dollar stores and some shutdown storefronts. You’ll likely also see small art galleries and indie coffee shops, as these areas tend to attract artistic communities early on.

Housing or condominium developers will purchase land for cheap in emerging parts of town, an early sign that it’s about to open up to a new generation of homeowners. Transit routes will also open up, such as expansions to the TTC or GO routes, making it easier to get downtown and more desirable to live a bit outside of the core. Weston Village is a great example of this, with their new expansions to GO transit lines and greater accessibility to the downtown core and Toronto Pearson Airport.

The Benefits of Emerging Neighborhoods

Emerging areas tend to be more affordable, which can be a huge benefit to new homeowners and young families. There’s also the opportunity to explore new businesses that are independently owned and to become involved in a growing community. Emerging neighbourhoods will often have both newer builds and older homes to choose from. As an example, certain areas such as Danforth Village features older homes with a lot of architectural charm - there’s truly a lot to love.

Take North Riverdale as another example. Around the mid-90s, it was not a desirable place to live for many Torontonians, especially for young families, but houses were more affordable. Now, however, from Queen Street East all the way to the Danforth, the area is full of independent shops and well-known stores alike - with parks, excellent access to transit, and lots of things to do as a community and a family. But it took some time to get where it is today. With emerging neighbourhoods, you stand the risk of having to invest some time to get what you want in the long run.

The Benefits of Established Neighbourhoods

In more established neighbourhoods, the homes are likely to be more expensive, however they may need less work in terms of renovations and repairs to get them to a place you’re satisfied with. You’ll also find that, by living in a more established neighbourhood, you’ll have more access to certain things such as well-known stores, different products, and more amenities that all help contribute to your convenience.

Established areas typically - though not necessarily - tend to have lower crime rates, better schools, and a higher return on investment when buying. And, at the end of the day, you don’t need to spend time as well as money. There’s no need to wait for the neighbourhood to become what you want it to be.

When buying a home, it comes down to what’s best for you and your family. As always, your Bosley agent will be the best source of information for Toronto neighbourhoods, from Leslieville to Lawrence Park to Mount Dennis. We really know our stuff.  Having a Bosley real estate agent by your side will ensure you’re making the right decisions about your new home.

Have you bought in one of Toronto’s emerging neighbourhoods? What was your experience?

Christan is a dedicated real estate professional that has been working at Bosley Real Estate since the age of 12. From front desk operations to a successful sales career to general manager, Christan ....

Posted by Christan Bosley
May 3 2021
0 comments

Staging your home for sale can be a daunting but oh-so-rewarding task. Whether you are embarking on this challenge alone, or you’re thinking of hiring a professional, here’s why staging

Posted by Christan Bosley
May 3 2021
0 comments

It’s no secret that one of the best ways to boost your immune system and protect your body from harmful infections is to stay fit and active! With rolling lockdowns throughout the Greater

Bosley Agents understand that you want to get the best price for your home when you put it on the market. In some cases, your home may be market-ready, but for older homes, you may need more than a

Have you ever wondered what it means when a real estate agent talks about multiple offers? Although this process might seem overwhelming, it is not complicated. Here is our guide on how to better

By setting up an account you agree to receive updates on listings by these means. *

I would also like to receive email newsletters and periodic updates about real estate in my area and other related communications from Bosley Real Estate Ltd., Brokerage. I understand I can withdraw my consent at any time by clicking the "unsubscribe" link contained in the email. In addition, you also agree to our Privacy Policy and Terms & Conditions.
Bosley Real Estate Ltd., Brokerage 103 Vanderhoof Avenue, Toronto, ON M4G 2H5